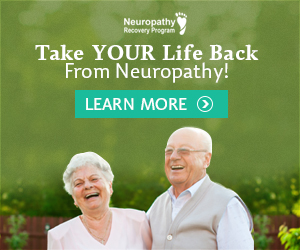 Diabetic neuropathy is a heterogeneous disorder that encompasses a wide range of abnormalities affecting proximal and distal peripheral sensory and motor nerves as well as the autonomic nervous system.

The exact prevalence of diabetic neuropathy is unknown, partly because of difficulties with definition. Reported prevalence rates vary from 10 to 90% in diabetic patients. It is known, however, that the risk of developing neuropathy is directly linked to the duration of diabetes: after 20 years of diabetes, around 40% of patients will have neuropathy. In patients attending a diabetic clinic, 25% reported symptoms, 50% were found to have neuropathy using a simple clinical test and almost 90% tested positive with more sophisticated tests. Neuropathy may be present at the time of diagnosis of type 2 diabetes, but neurologic complications occur equally in type 1 and type 2 diabetes. Neuropathy may lead to a significant reduction in quality of life and is a major determinant of foot ulceration and amputation.

The pathogenesis of diabetic neuropathy is unknown, but there is no doubt that hyperglycemia is an important factor. Pathologic studies demonstrate axonal degeneration with segmental demyelination and remyelination. Narrowing of the vasa nervorum may also be contributory. Neurophysiologic studies show reduced motor and sensory nerve conduction velocities. Abnormalities of the polyol pathway have been invoked as a cause of diabetic neuropathy. In animals, elevated glucose levels in peripheral nerves lead to an increased activity of aldose reductase, with consequent increased concentrations of sorbitol and fructose accompanied by a decrease in the polyol myoinositol. This may lead to reduced membrane sodium-potassium-ATPase activity. It has been postulated that such changes may be reversed by the use of aldose reductase inhibitors. Although these agents have been shown clinically to improve neural conduction velocity, their role in the treatment of diabetic neuropathy remains to be elucidated. Non-enzymatic glycosylation of nerve proteins and ischemia may also be significant factors in the development of diabetic neuropathy.

Chronic insidious sensory neuropathy is the most frequently encountered neuropathy in diabetes with paraesthesiae, discomfort, pain, distal sensory loss, loss of vibration sense and reduced or absent tendon reflexes. This type of neuropathy is usually refractory to treatment.

Acute painful neuropathy is relatively uncommon and usually occurs in the context of poor glycemic control (or a sudden improvement in glycemic control). Lower limb pain may be particularly severe, and accompanied by muscle weakness and wasting. Recovery usually occurs within a year with good control of the diabetes.

Diabetic mononeuropathies, affecting single nerves or their roots, also occur. They are usually of rapid onset and severe in nature, although eventual recovery is the rule in most cases. Such features may point to an acute vascular event as causation rather than chronic metabolic disturbance. Such neuropathies occur mainly in older patients, usually male. When two or more nerve palsies occur within a short time frame, mononeuritis multiplex must be excluded. Truncal radiculopathies, almost exclusively affecting the arm, are also encountered and cranial nerve lesions are seen relatively frequently. Third nerve palsies occur most commonly, although fourth, sixth and seventh nerve lesions are also described.

Proximal motor neuropathy (femoral neuropathy or diabetic amyotrophy) is a particularly devastating neurologic complication of diabetes. It can be identified clinically by certain common features. It primarily affects the elderly and is of gradual or abrupt onset beginning with pain in the thighs and hips or buttocks. Weakness of the proximal muscles of the lower limbs follows. The condition begins unilaterally but often spreads bilaterally and is associated with weight loss and depression. Slow, sometimes incomplete, recovery usually occurs but may take several months or a year or more. Electrophysiologic evaluation reveals a lum-bosacral plexopathy, and the condition is now thought to be secondary to a variety of causes that occur more frequently in diabetes, such as chronic inflammatory demyelinating polyneuropathy, monoclonal gam-mopathy and inflammatory vasculitis. If found to be immune mediated, resolution may be very prompt with immunotherapy. Mononeuropathies must be distinguished from entrapment syndromes. Common entrapment sites in diabetic patients involve median, ulnar, radial, femoral and lateral cutaneous nerves of the thigh. Carpal tunnel syndrome occurs twice as frequently in diabetic patients compared with the normal population.

Damage to the autonomic nervous system, or auto-nomic neuropathy, is seen in diabetic patients, although the exact prevalence is unknown. Tests of autonomic nerve function often reveal abnormalities in patients with no symptoms of autonomic dysfunction. These tests include the heart rate response to the Valsalva maneuver, to deep breathing and to moving from the supine to the erect posture, and the blood pressure response to sustained handgrip and standing up. Cardiovascular tests are relatively simple to perform, but evaluating the autonomic control of other systems, such as the gastrointestinal tract and micturition, is much more complex.

There is a wide spectrum of autonomic symptoms, including male impotence, postural hypotension, nocturnal diarrhea, gustatory sweating, diminished or absent sweating in the feet and loss of awareness of acute hypoglycemia. Gastric atony with loss of diabetic control in insulin-treated subjects and bladder enlargement with defective micturition are also reported. Resting tachycardia is a common sign. Many studies have suggested that, once symptomatic auto-nomic neuropathy is present, the prognosis for the patient is poor.

Various agents, other than simple analgesics, have been utilized to try to diminish the distressing discomfort associated with painful diabetic neuropathies. Tricyclic antidepressants, which have a central action that modifies pain perception, are widely used and beneficial. Carbamazepine has been used in diabetic neuropathy. Other anticonvulsants, such as gabapentin, phenytoin, lamotrigine, topiramate and pregabalin, are used in the treatment of painful neuropathy. Gabapentin and pre-gabalin are well tolerated and often efficacious, while topiramate, although being effective, may not be so well tolerated. Other drugs studied and used in the treatment of painful diabetic neuropathy include lig-nocaine, mexiletine and tramadol.

Non-pharmacologic therapies include nerve stimulation therapies and electrical spinal-cord stimulation. Tricyclic antidepressants may be viewed as the first drug of choice with gabapentin a recommended alternative. Despite pharmacologic treatment many patients continue to experience pain or discomfort and treatment may be considered successful in patients who experience a moderate decrease in pain or improved function. Depletion of axonal neuropep-tide substance P with capsaicin extracted from chilli peppers may help in some patients with C-fiber pain.

This guide will help millions of people understand this condition so that they can take control of their lives and make informed decisions. The ebook covers information on a vast number of different types of neuropathy. In addition, it will be a useful resource for their families, caregivers, and health care providers.

Foods not to eat with Diabetes