Mammographic breast density is a strong risk factor for breast cancer and is associated with obesity and various hormonal factors, yet an analysis of the Minnesota Breast Cancer Family Study cohort revealed no association between diabetes and increased breast density [42].

Diabetes Mellitus and Clinical and Pathological Characteristics of Breast Cancer A prognostic factor is a measurement that correlates with disease-free or overall survival in the absence of therapy and therefore correlates with the natural history of the disease. A predictive factor is a measurement associated with response to a given therapy. The most important prognostic factors in breast cancer are disease stage and pathological grade, and the most important predictive factors are the expression of hormone receptors, which predict response to hormonal therapy, and overexpression of HER2/neu, which predicts response to trastuzumab (Herceptin). The presence of prognostic and predictive factors can serve as an indirect indicator of outcome. We and others looked at the association between diabetes mellitus and various prognostic and predictive factors. In a retrospective analysis of 176 diabetic patients, Unterburger et al. [43] reported on a correlation between diabetes and the development of metastases. No association between diabetes and breast cancer stage or hormone receptor status was found by Guastamacchia et al. [44], however there was no adjustment to major confounding factors. We investigated the effects of type 2 diabetes on breast cancer characteristics at presentation among consecutive 79 diabetic breast patients compared to age-matched 158 non-diabetic patients [48]. Adjusted for obesity, tumor stage and size were significantly higher among diabetic patients. These data suggest an association between diabetes and poorer breast cancer outcome. Interestingly, diabetes was also associated with lower expression of hormone receptors. This finding suggests that hormonal mechanisms may play a less prominent role in the development of breast cancer in diabetes.

Diabetes has been shown to be associated with inferior outcome of various malignancies, including colon, pancreatic and hepatocellular carcinoma. The direct biological effects of diabetes on breast cancer outcome are difficult to elucidate, mainly because of the presence of confounding factors such as obesity, older age, comorbidity, and differences in screening use or treatment allocation. These confounding factors are associated with undertreatment and decreased prognosis of breast cancer patients, yet most studies on the effects of diabetes on breast cancer outcome did not control for these factors. In a prospective study of 512 non-diabetic breast cancer patients, higher fasting insulin levels were associated with increased risk of distant recurrence and death [15]. In a cohort of 936 breast cancer patients, 12% of them were diabetic, higher comorbid-ity was associated with higher mortality, even after controlling for variables such as age, stage and grade [45]. Yancik et al. [4] investigated the role of age and comorbidity of 1,800 postmenopausal cases of breast cancer and reported on elevated all-cause mortality in diabetic patients. However, about half of the reported mortality causes were not cancer-associated and could be affected by diabetes (e.g. heart or cerebrovascular disease). Fleming et al. [46], who did a similar analysis in a cohort of 848 elderly breast cancer patients, did not find increased mortality among diabetic patients.

Diabetes may also be associated with local breast cancer recurrence. In an analysis of 246 women treated with postmastectomy radiotherapy, local chest wall recurrence was observed in 32% of the diabetic patients, compared to only 7% among the non-diabetics [47].

A Step By Step Guide To Fast Fat Loss. Do you ever feel like getting rid of the extra weight of your body? If you do, it‟s quite normal because 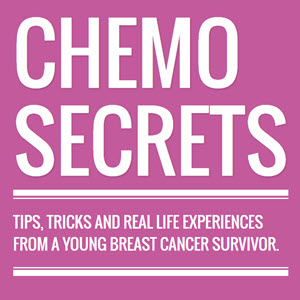