Management of NPDR relies heavily on patient education, periodic screening and, when necessary, laser treatment. The American College of Physicians/American Academy of Ophthalmology has recommended a schedule for ophthalmic evaluation for patients with diabetes (Table 1). Periodic eye examinations enable ophthalmologists to identify patients who would benefit from prophylactic treatment, before serious complications develop. The potential sight-threatening sequelae associated with diabetic retinopathy and other ocular complications should be stressed to patients with diabetes; they should be made aware that regular eye examinations are integral to their diabetes management. Patients, as well as all clinicians caring for diabetics, should be able to recognize the signs and symptoms of diabetic eye disease.

Clinically significant macula edema, which can occur in non-proliferative or proliferative retinopathy, must be suspected in any patient with diabetes complaining of blurred vision. A delay in referral, or recognition of the signs or symptoms of macular edema, can diminish the success of intervention. Treatment of CSME with laser decreases the rate of moderately severe vision loss at 3-year follow-up from 30% in untreated to 15% in treated eyes (28). Laser energy applied in a grid pattern to the area of retinal thickening facilitates the resorbtion of fluid, allowing the retina to resume its normal thickness and function. Focal laser treatment can also be used to close off the leaking vessels that are causing the edema. This requires

Every 1-4 months Pan retinal photocoagulation is indicated More than 1500 laser burns, applied to peripheral retina in one or multiple sessions Every 1-3 months Serial ultrasonography; Vitrectomy for persistent hemorrhage, for active retinopathy requiring laser (which is prohibited by hemorrhage) or for retinal detachment that threatens the macula Every 1-3 months Vitrectomy if threatening macula; otherwise careful observation

precision; the exact location of leaking sources can only be identified by fluorescein angiography. This diagnostic study involves the intravenous injection of a fluorescent dye, which is captured on film or digital media as it passes through the retinal circulation. The proper management of diabetic macular edema relies heavily on the information provided by these detailed images of retinal vasculature (Figs. 7 and 8). Intravitreal corticosteroids are also utilized to treat diabetic macular edema, especially those cases that are refractory to laser treatment. In addition, anti-VEGF agents may also prove to be a valuable treatment for diabetic macular edema. These agents are currently under investigation.

The goal of managing PDR is to prevent vitreous hemorrhage and retinal detachments. Pan-retinal photocoagulation (PRP) involves the application of approximately 1500 to 2000, or more, laser burns to the peripheral retina, effectively ablating large areas of ischemic retina. It is believed that this, in turn, reduces the production of angiogenic substances, such as VEGF.

In the Diabetic Retinopathy Study, PRP reduced the rate of severe vision loss from 26% in observed eyes to 11% in treated eyes at 2-year follow-up, a 60% risk reduction (30).

Pan-retinal photocoagulation, although successful in promoting regression of the neovascularization in 72% of patients by 3 weeks, is associated with loss of peripheral vision and, occasionally, with other vision-compromising side effects (31). PRP is typically reserved for patients with high-risk characteristics—eyes that have the most to gain from treatment (Fig. 9).

The use of aspirin deserves special attention because its role in the management in diabetic retinopathy has been extensively debated. Many clinicians have been concerned that the antiplatelet effect of aspirin may promote intraocular bleeding. Others felt that the rheologic alterations induced by aspirin might decrease microvascular complications. However, evidence from a large randomized study revealed that aspirin has no clear beneficial or harmful effect on vision or progression of diabetic retinopathy. More importantly, this study found that those

receiving aspirin had a 17% decreased risk of morbidity and death from cardiovascular disease (32). Patients with diabetic retinopathy may take an aspirin daily unless otherwise contraindicated.

Vitrectomy, the surgical evacuation of the vitreous cavity, plays a vital role in the management of severe complications of diabetic retinopathy. Removal of the vitreous limits the progression of neovascularization, because it eliminates the collagen fibrils that act as scaffolding upon which new blood vessels grow. Several studies have evaluated whether vitrectomy might improve the visual prognosis by reducing neovascularization and its concomitant complications. Two independent studies of patients with non-clearing vitreous hemorrhage for at least 6 months found that >80% had improvement in vision following vitrectomy (33,34). The surgical complication rate, including retinal detachment and ocular

infections, in these early investigations approached 10% (33). Fortunately, surgical techniques and instrumentation have improved substantially over the last decade, vitrectomy is now an even safer, more effective procedure. The most common indications for vitrectomy in patients with PDR are non-clearing vitreous hemorrhage, or tractional retinal detachment.

Diabetes is an important risk factor for the development of cataracts. The incidence of cataracts are two to four times greater in diabetics than in non-diabetics, and may be the most frequent cause of decreased vision in type 2 diabetics (35,36). Cataracts in diabetes, although indistinguishable from typical age-related lens opacities, often require surgical extraction at a much younger age. Diabetics with retinopathy are at higher risk for complications of cataract surgery (37). However, those without retinopathy tend to have excellent results, with 90% to 95% having a final visual acuity of 20/40 or better (38,39). The best-known predictor of postoperative success is the preoperative severity of retinopathy (40).

Reversible changes in the refractive power of the lens associated with poor glycemic control can cause fluctuations in vision. Patients who are unaware that they have diabetes commonly present to ophthalmologists complaining that they need new glasses. Careful examination typically reveals a significant change in their spectacle correction, often without other signs of diabetic eye disease. It is thought that local accumulation of sorbitol, an end-product of glucose metabolism, leads to osmotic swelling of the lens (41). Although the symptoms can be temporarily corrected by prescribing new spectacles, the refractive shift is usually transient. Vision gradually returns to normal following achievement of metabolic control.

Primary open angle glaucoma (POAG) is common in patients with diabetes, although a cause and effect association is unclear (42,43). POAG is a progressive loss of neural tissue in the optic nerve, associated with loss of peripheral vision. Increasing age, elevated intraocular pressure, black race and family history are other important risk factors for POAG. Current management of POAG relies on early detection and preventing progression. Medical or surgical reduction of the intraocular pressure, the only modifiable risk factor, is believed to slow the loss of vision in patients with POAG. All patients with diabetes should be watched closely for glaucoma, because vision loss is irreversible.

Neovascular glaucoma is a feared complication of PDR. Normal eyes should not have blood vessels visible on the surface of the iris. Neovascularization of the iris and the anterior chamber angle are due to widespread intraocular ischemia. Proliferating blood vessels and fibrous tissue arising from the iris can cause angle closure glaucoma by obstructing the normal outflow of aqueous from the eye. Aqueous that continues to be produced, despite the limited drainage capacity of the eye, results in very high intraocular pressures, rapid loss of vision and pain. Neovascular glaucoma is often refractory to treatment; however, PRP can be effective in reducing neovascularization before it results in angle closure (44,45).

Diabetes is a risk factor for several optic nerve problems, most important of which is anterior ischemic optic neuropathy (AION). AION presents as sudden, painless monocular loss of vision, associated with a swollen optic nerve and prominent afferent pupillary defect (Marcus Gunn pupil). This condition is common in older diabetics with other vasculopathic risk factors, such as hypertension and hyperlipidemia. Although there is no medical or surgical intervention that has been shown to reverse the damage in AION, reducing other risk factors may minimize the risk to the other eye. Diabetic papillopathy, a less common optic nerve disorder, is characterized by transient unilateral or bilateral optic disc swelling. Despite the alarming appearance, patients typically have minimal loss of vision. The prognosis in diabetic papillopathy, unlike ischemic optic neuropathy, is excellent, as nearly all patients recover 20/ 50 or better visual acuity (46).

Rhino-orbital mucormycosis is an opportunistic fungal infection that is seen most frequently in poorly controlled diabetes and other immuno-compromised states. It should be suspected in any patient with restricted ocular motility, decreased vision, ptosis, chemosis and proptosis. The black eschar classically seen in the nasal mucosa represents necrotic tissue that typically needs to be debrided. Early diagnosis and aggressive medical and surgical management is crucial. Prior to the availability of effective antifungal agents, mucormycosis was uniformly fatal. Prompt recognition, with aggressive medical and surgical treatment, is the key to managing this potentially devastating infection (49). 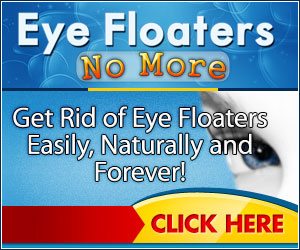