John Rollo, a surgeon of the British Royal Artillery, was systematically studying diabetes. He was probably the first person to use the adjective mellitus (from the Latin and Greek roots for "honey") to distinguish the condition from the similar one but without glycosuria (in Latin, insipidus means tasteless). He was the first one to recommend a diet low in carbohydrates as a treatment for diabetes. Rollo summarized his therapeutic experience with diabetes in a book published in 1798 (11). His detailed clinical observations include symptoms consistent with diabetic autonomic neuropathy. "His skin is dry. His face flushed. He is frequently sick, and throws up matter of a viscid nature, and of bitterish, and sweetish taste. After eating he has a pain of his stomach, which continues often half an hour... He makes much urine, 10-12 pints in the 24 hours, to the voiding of which he has urgent propensities peculiarly distressing to him, and constantly dribbling" (11).

Despite his remarkable insight into the nature of diabetes, John Rollo failed to acknowledge a direct link between diabetes and the nervous system. This was not the case with Marchal de Calvi who, in 1864, correctly identified that relationship (12). The works generated at the end of the 19th century had definitively established the concept of peripheral neuropathy as a complication of diabetes. In 1884, Althaus confirmed the findings of de Calvi and emphasized the nocturnal character of pain (13). In that same year, Bouchard pointed to the fact that the knee-jerks are frequently absent in cases of diabetes (14). A few years later, Ross and Bury systematically studied reflexes in 50 patients with diabetes (15). Frederick William Pavy, in his address to the Section of Medicine of the British Medical Association, provided a classical description of neuropathic signs and symptoms associated with diabetes, acknowledging the link between them. His description included "heavy legs, numb feet, lightning pain and deep-seated pain in feet, hyperaesthesia, muscle tenderness, and impairment of patellar tendon reflexes" (16). Pavy also made a point that occurrence of neuropathic symptoms may precede that of clinical diabetes (16,17).

Davies Pryce, a resident surgeon of Nottingham Dispensary, deserves credit for providing the first report on macro- and microscopic changes in peripheral nerves of diabetic patients and suggesting a connection between "diabetic neuritis and perforating foot ulcers" (18). "It will be seen that a good many of the causes which have been believed to produce perforating ulcers and peripheral neuritis were also present—i.e., cold, alcohol, diabetes, vascular disease, and continued pressure. It is probable that all these played a part in the causation of the disease but I would venture to assign considerable share to diabetes and vascular disease" (18).

2. Motor or paralytic form; and

By the end of the 19th century, the awareness of diabetic neuropathy was sufficient enough to enable Purdy to conclude: "It is rare to meet with a case of diabetes in which there is not more or less nervous disturbance" (20). Charcot brilliantly summarized clinical features of diabetic peripheral neuropathy (21). "He complains about flashing pain existing for 18 months which wakes him up at night. The pain is occurring five and six times a day, followed by hyperaesthesiae. He also has pins and needles in the legs which prevent him from feeling the nature of the floor. He always feels too hot or too cold in his feet. On physical examination there is complete absence of patellar reflexes, Rhomberg's signs very positive, pupillary reflexes absolutely normal for light and accommodation" (22). Scientific interest in diabetic neuropathies witnessed during late 19th century led to initiation of animal experiments in this field. Auche from Bordeaux, France published the results of his experiments with injecting sugar into the nerves of guinea pigs. He concluded that diabetic neuropathy was a vaso-motor problem, but that the sugar itself did not play an important role in the pathophysiology of the disease (23).

How To Prevent Diabetes Naturally 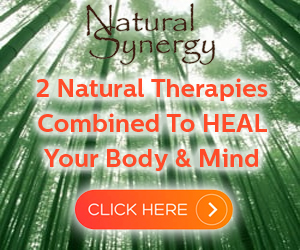 Herbal remedies use among diabetic patients, Carbohydrates, Diabetic Neuropathy and Peripheral Nerve Pain Remedies, Exercises For Treating People With Diseases Of Their Periphe